As an award winning Ugandan-Australian fashion icon, actress, author and all-round creative powerhouse. Suzan Mutesi is devoted to inspire the next generation to be unapologetically themselves.

As an award winning Ugandan-Australian fashion icon, actress, author and all-round creative powerhouse. Suzan Mutesi is devoted to inspire the next generation to be unapologetically themselves.

AS FEATURED & SEEN IN

Suzan Mutesi hopes to inspire the next generation to be unapologetically themselves. 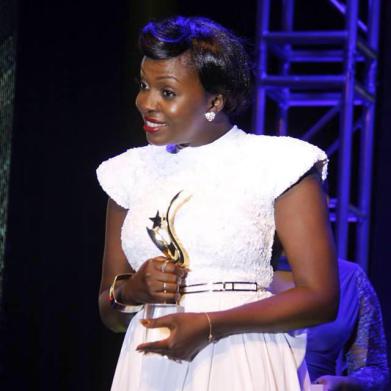 Suzan Mutesi is an award winning Ugandan-Australian fashion designer, author, actress and all-round creative powerhouse. Her journey has taken her from humble beginnings in her birth country of Uganda to her breakthrough in the Australian fashion and entertainment industries and beyond..  Teaching herself the basics of design, such as alterations and mending torn clothes on a sewing machine, Mutesi was soon accepted on of Australia’s top-ranked design institutions, Raffles KvB Institute of Technology.

Her awards include recognition as a fashion designer from Celebrate African Australians in 2012; the Fashion Icon of the Year award at the Afro-Australia Music and Movie awards and Best Fashion Contributor in the Diaspora in Uganda, both in 2014; and showcasing at Fashion Aid Forward 2015, hosted by Henry Roth of Channel Ten, alongside numerous Melbourne designers and Project Runway winners. She has dressed contestants for Australian Next Top Model, The Voice winner Diana Rouvas, and Miss World contestants from Fiji and the Philippines. Suzan and her work have been featured in Vogue Australia, Change magazine, a four-page spread in Unfold, and on the cover of Vatra.

Suzan burst onto our screens in her supporting featured role in the film Moon Rock for Monday, which showed in cinemas around Australia in 2020. In 2021, she has been busy working alongside Hollywood legend Jane Seymour on the feature film Ruby’s Choice in another supporting role. Reaching the heights in Australian television and film, she will be making her debut lead role as Alya in Lady Ifrita, set to be released in 2022.

Suzan’s first book, Unapologetically Black, hit the shelves in 2020. It received media attention from outlets such as Body & Soul, The Latch, Vogue, and Channel 10 broadcasts. A story by her appeared in the Smile ‘Cross the Oceans anthology from WestWords. And, just as you’d expect from Suzan, she’s now writing the story of her life. Her memoir tells the tale of how she found her own unapologetic self and explores racism, friendships, trauma, church culture and much more, all the while providing advice and comfort for other people of color who can identify with her experiences, as many will. In this, her second book, the African icon who conquered Australian’s hearts bares it all to give you a close-up view of her authentic, unabridged and unapologetic self.

Renowned for her unapologetic voice, her endearing personality, unfaltering kindness and candid takes on life and love, Suzan has put a podcast called Unapologetically You where she interviews people doing noteworthy things in the community and inspiring others.